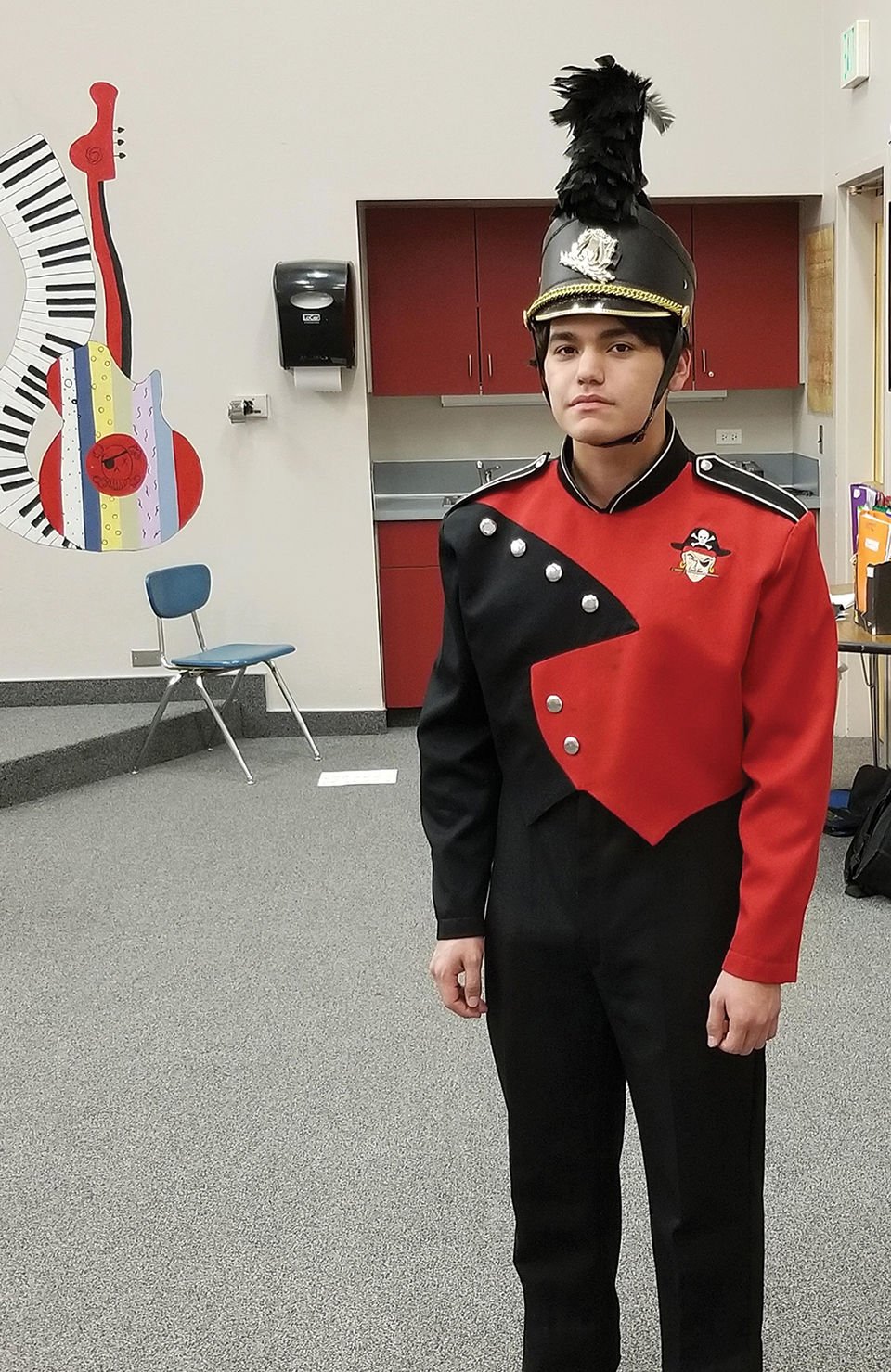 This is the current Payette High School marching band uniform. This design dates back two decades, according to band director Eric Held. 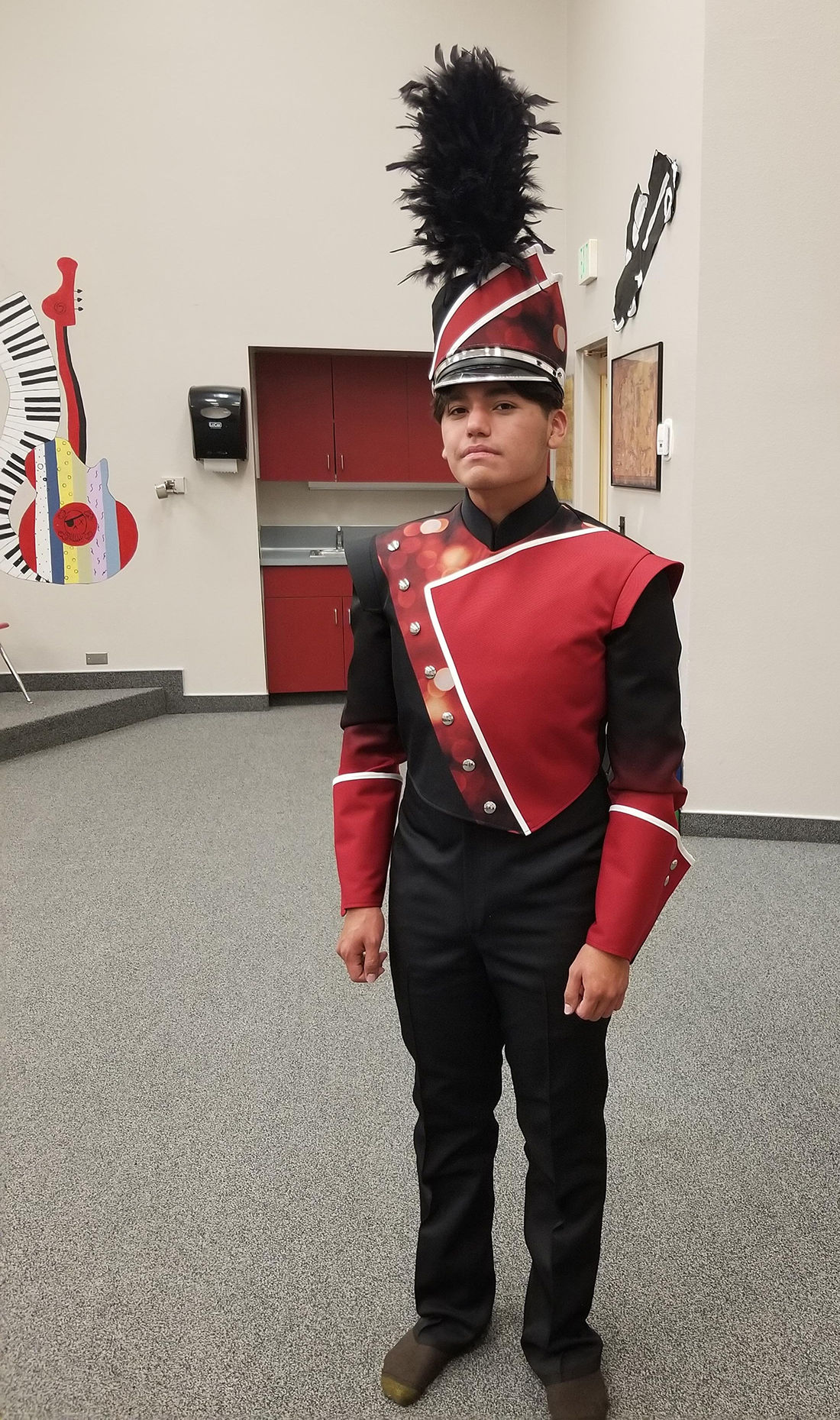 At right is the design of the new uniforms, which the Payette High School bands are raising funds to purchase.

This is the current Payette High School marching band uniform. This design dates back two decades, according to band director Eric Held.

At right is the design of the new uniforms, which the Payette High School bands are raising funds to purchase.

PAYETTE - As the Payette High School Band seeks to replace its aging uniforms, the Band’s Booster Club turned to the city of Payette for a little help.

The school is fundraising to purchase new marching band uniforms to replace the current ones, which have been in use for almost 20 years.

The request for donation was prepared for the Council by Payette High School band director Eric Held.

“The Payette School Board Financial Committee budgeted $30,000 for uniforms this year. The total cost we are looking at for 80 uniforms is $44,000,” according to Held.

Michael Shaw, a band booster parent, attended the City Council’s Feb. 3 meeting to represent the band’s donation request: A pair of 3-month family pool passes, valued at $200 each for residents. The passes were placed in gift baskets along with a mix other donated goods, which would be raffled off by the band at the Payette High School Potato Feed on Feb. 8.

When Mayor Jeff Williams asked if family pool passes had ever been requested of the Council before, Shaw said his wife learned about the passes from pool staff.

Shaw said his wife, Wendy Shaw, researched the available pool passes, before sending him to make the request at this meeting.

With a total of $1,150 available to fulfill donation requests this season, Councilor Ray Wickersham expressed that he was uncomfortable using $400 of it for this request.

“We don’t have a lot of budget left … that’s gotta last us,” Wickersham expressed.

Mayor Jeff Williams saw a separate issue in donating the passes: The winning families having to commit to three months of pool use. He mentioned that families might not be able to go to the pool often together, as schedules can vary for families.

In response to these concerns, Wickersham made an alternative offer: 30 individual day-passes to the pool, each valued at just $3. This alternative would only set the city back $90.

When asked if he would accept the lower offer, Shaw said yes.

Held credits the Shaws as being an asset to his fundraising efforts.

“Michael and Wendy Shaw joined the band boosters this year and have been great to work with,” said Held. “They heard about the need for uniforms and have been gathering donations since the beginning of January. They currently have gathered item donations from thirty-one different groups and individuals.”

The band has future fundraisers already planned, including a “mattress fundraiser” in the Payette High Dome on Feb. 22 and performing around town for donations.