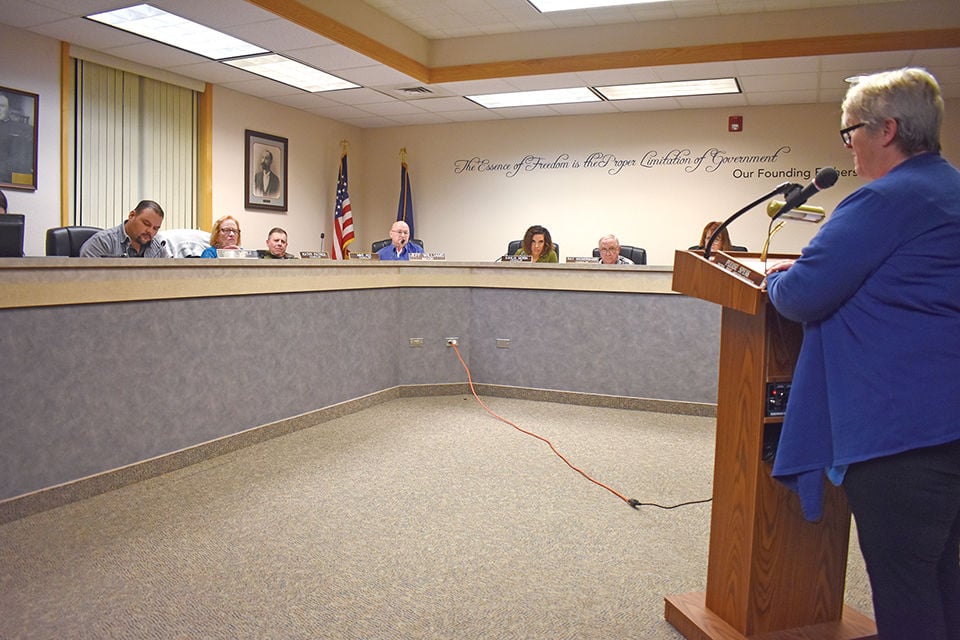 Payette Resident Linda Hartman addresses the Payette City Council at its March 2 meeting. Hartman made several recommendations to the Council regarding pool operation, in a prepared statement. 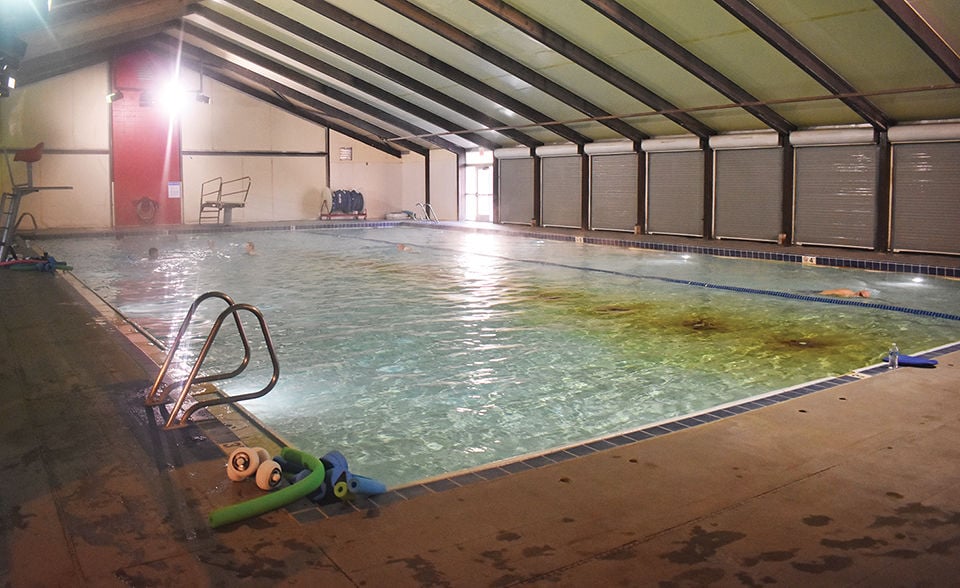 This photo shows Payette’s indoor pool on Feb. 27, as residents participate in aerobics classes. Such are presently offered weekdays between 6 and 11 a.m.

Payette Resident Linda Hartman addresses the Payette City Council at its March 2 meeting. Hartman made several recommendations to the Council regarding pool operation, in a prepared statement.

This photo shows Payette’s indoor pool on Feb. 27, as residents participate in aerobics classes. Such are presently offered weekdays between 6 and 11 a.m.

As the city of Payette works to right-size operations of its public pools, lessons are seemingly being learned about how to match its services with those who use the indoor pool in winter. Adjustments to services provided were brought up during the ‘Mayor’s comments’ segment of the Payette City Council’s meeting on Feb. 18.

At that meeting, Mayor Jeff Williams made a recommendation to eliminate 6 a.m. aerobics classes at the pool, as well as closing the pool all day on Tuesdays and Thursdays.

Several residents stood up to speak before the Council when Williams opened the floor for comments:

• Tracy Thomas, DAV Commander for Payette, brought a complaint about the pool’s temperature being put too low for one of his clients, as the pool is currently run at 85 degrees in the winter. He also brought complaints about the pool being closed two days a week.

“They need that temperature up a little bit,” Thomas said.

• Linda Hartman, a Payette resident and pool user, prepared a statement to be added to the Council’s minutes, asking the Council to create new policies in pool operation She requested that they vote to maintain existing pool hours, increase the pool temperature to 87 for users’ safety, and inviting the Council to visit the pool and try it out themselves. She said a lot of people stopped coming when the water temp was lowered to 85.

“Children and older adults quickly get hypothermia, and in a very short amount of tims,” Hartman told the Council. “I’ve seen lifeguards taking shivering children out of the pool when the water temperature was cold, and a lot of people stopped coming to the pool once the temperature was lowered. If people call to complain, we can explain that.

Hartman made further recommendations to maintain shower water temperatures at 98 to 100 degrees and the air temperature in the facility at between 80 and 85 degrees and noted the fan in the women’s changing room blows cold air.

“Even if the pool is warm, cold air makes the pool feel colder,” said Hartman.

Lastly, she recommended voting to hire a regular pool manager, as there hasn’t been one at the pool since August 2019.

• Mike Greif, another user, added that “there’s nothing like swimming,” compared to other forms of exercise he has tried. He notes that he learned to swim in his 20s, overcoming a fear of the water.

Greif said he comes to the pool at various times.

“Almost without exception, there’s 18 to 20 people in there; It’s exciting for me to see” people working out, he said. Greif also notes swimming is important for kids, saying his wife who hails from Canada agrees. He recommended making the pool available to more high school programs.

“I just know how important that pool is, whether it makes money or not,” he said. “It’s tremendous; It’s the only pool [complex] in the whole area.”

Whatever temperature the pool runs at, he said he likes the pool “period.”

He describes having an indoor pool in winter as “a real privilege.”

• Yvette Brown says she is a lap swimmer, notes people are fighting over lanes.

“We are paying as well,” as others using it, including pro swimmers, she said.

She added in addition to being willing to pay more, she said she’d be willing to fundraise for the pool.

• Louis Oliver, said his wife uses the pool regularly because it’ easy on her joints.

“I’m thrilled because I’m not having to push her around.”

Because of the recent decrease in the water temp, he also noted people stopped coming. “Personally, I’m seeing a lot of elderly people,” in the pool. “They need to be doing things, If they don’t they shrivel up and die.”

The pool also attracts out-of-towners, who shared in residents’ concern about cutting hours at the pool:

• Kay Riley from Fruitland talked about how the pool has helped with his recovery from congestive heart failure.

“It’s helping me improve my health and my life,” he said, noting the 6 a.m. time is the only one that works for his work schedule. He said he wouldn’t mind paying a little bit more to use the pool, and went so far as suggesting having a swim club at the pool. “It’s a service for the community; I thank you for that.” he said about the pool itself.

Williams defends his position on wanting to cut the 6 a.m. time, noting it’s a staffing issue. “You can’t run the pool with just one person there,” he said.

Councilor Kathy Patrick reiterated that the pool is not marketed enough.

“I have prepared a flyer as an example,” Patrick said, again offering to help market the pool, mentioning here that she would do so at her own expense, specifically targeting Monday, Wednesday, Friday and Saturdays to increase open swim traffic. Monday Wednesday and Friday 5:30 to 7 p.m., Saturdays 1-4 p.m.

Councilor Ray Wickersham agreed that the 6 a.m. time was not something he wanted to lose, but notes that the pool remains a loss for the city. Nonetheless, he notes the city is proud to have the pool.

Regarding Patrick’s comments about advertising the pool, one resident present expressed agreement by calling the pool “Payette’s best kept secret.”

Every member of the council noted, however, that the pool goes in the red every single month.

No further action was taken at the meeting, and Williams’ recommendations have not yet been implemented.

The pool is currently open weekdays for aerobics from 6 to 11 a.m., Mondays, Wednesdays and Fridays for lap swimmers and for open swim on Monday, Wednesday, Friday and Saturday afternoons, closed Tuesday and Thursday afternoons. The indoor pool is open year round.

Williams admits he can’t please everybody, but believes that this would be a step in the right direction.

A member of the pool’s staff did not respond to requests for comment as of press time.