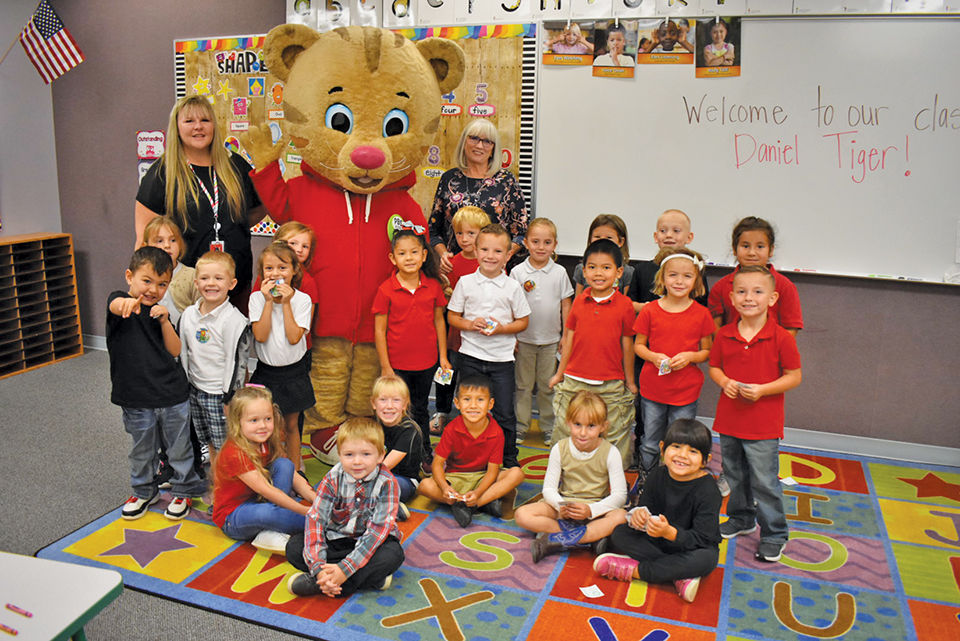 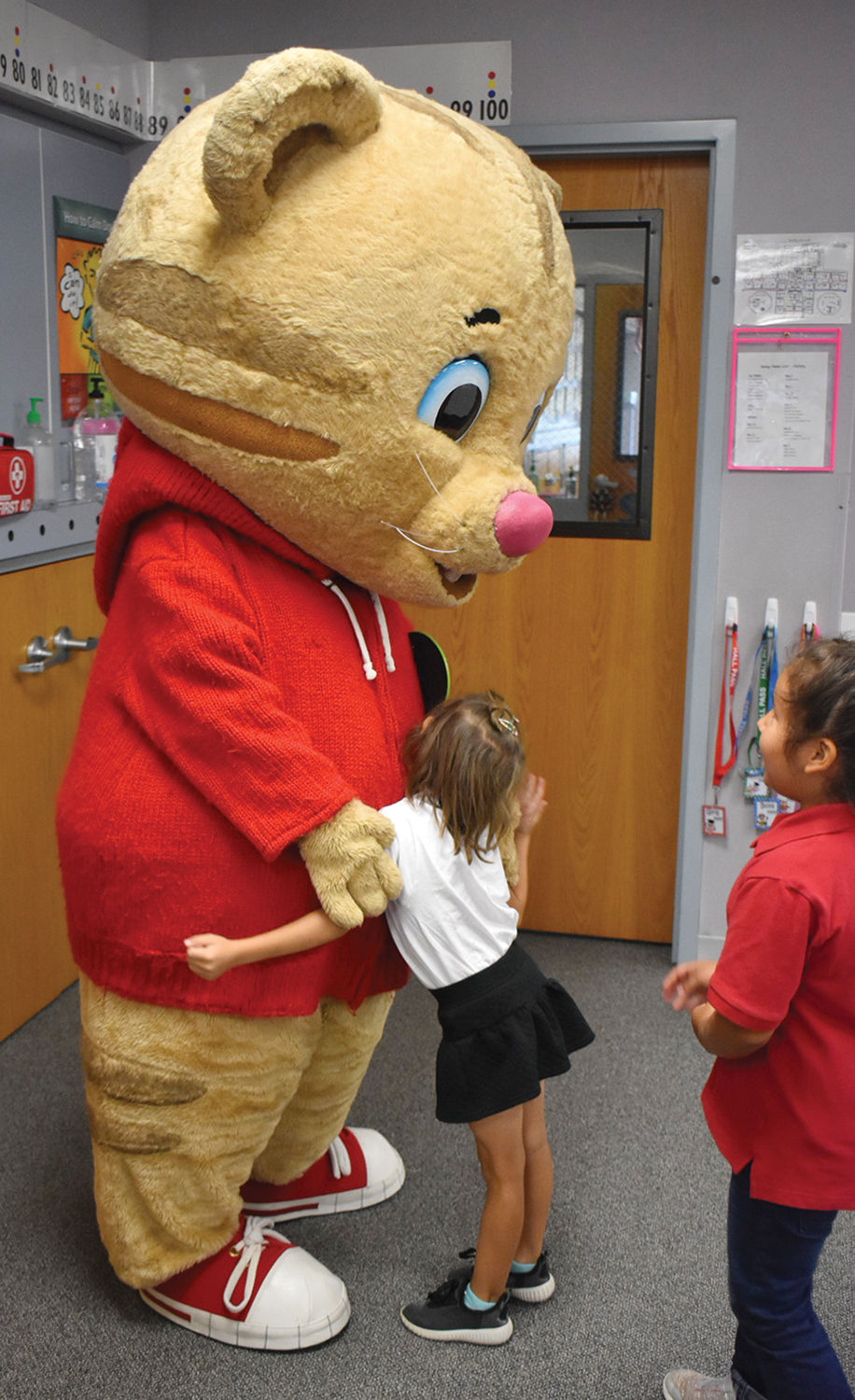 “Won’t you be my neighbor?” That’s the question asked by the popular PBS Kids character Daniel Tiger as he took a vacation from his neighborhood and visited Payette Primary School’s neighborhood on Sept. 13.

Daniel visited the school’s preschool and kindergarten classes for a meet-and-greet, where he was greeted with high-fives and hugs by the Payette’s youngest Pirates.

Ushering the eponymous cat through the school was Kari Wardle, teacher ambassador for Idaho Public Television.

“We’re doing several events with him,” according to Wardle, “but wanted to make sure that we got him out into some schools to see the kids and say ‘Hey,’ and give kids an opportunity to hang out with Daniel Tiger. It’s fun for everybody.”

Both kids and adults alike took the chance to take photos with Daniel, as several teachers took photos with their smartphones.

Earlier in the day, Daniel visited kids in Weiser, as well. While in Idaho, Daniel’s visits included the State House, as well as going downtown in Boise on Sept. 16 and 17.

When asked what brought Daniel to the Treasure Valley, Wardle responded, “Why not! Daniel loves Idaho.”

Daniel’s visit coincides with Idaho Public Television’s latest fundraising efforts. The week of Sept. 18 sees a sponsorship luncheon, in which the station is soliciting donors for funding to continue airing ‘Daniel Tiger’s Neighborhood,’ and other PBS programming. The luncheon also gives potential donors a preview of upcoming PBS and IPTV programming. Corporate grants and support from the Corporation for Public Broadcasting provide less than half of the funds needed to keep IPTV and PBS on the air.

“Daniel came to help us with that,” according to Wardle. “We figured since he was here, we’d have him do a lot of their fun things.”

In short, this visit was made possible by viewers like you, for which Wardle and Daniel say, “Thank you.”

“Things like this could not be done without donations and support of the public,” says Wardle.

She also thanks Payette Primary for their cooperation with this visit to the neighborhood.

The show Daniel Tiger’s Neighborhood is based on the Neighborhood of Make-Believe, a part of the classic PBS series Mister Rogers’ Neighborhood, and is produced by Fred Rogers Productions.