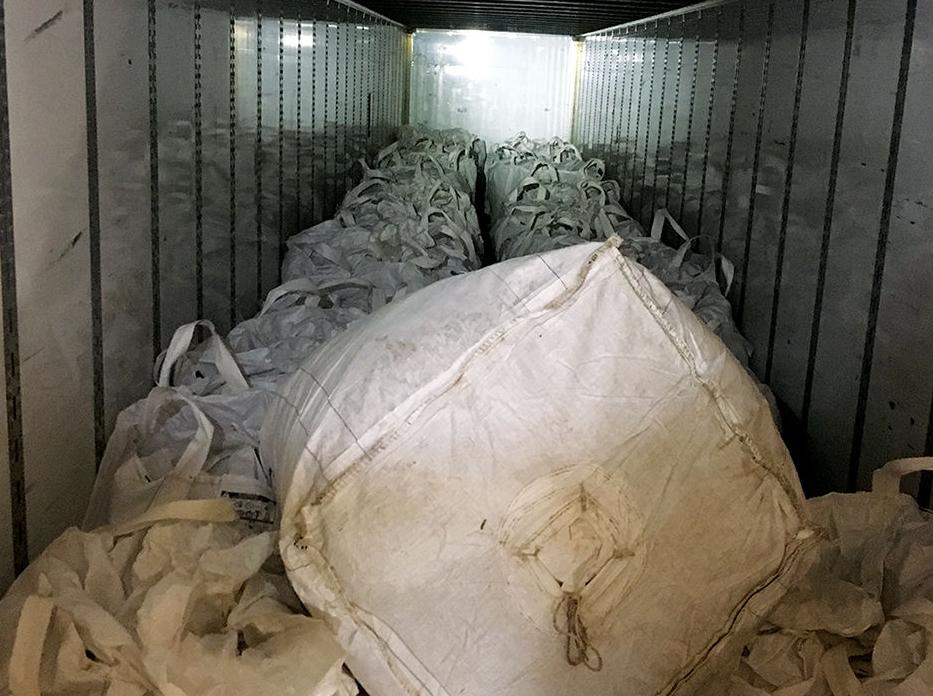 This photo shows the haul that was inside the semi-truck. 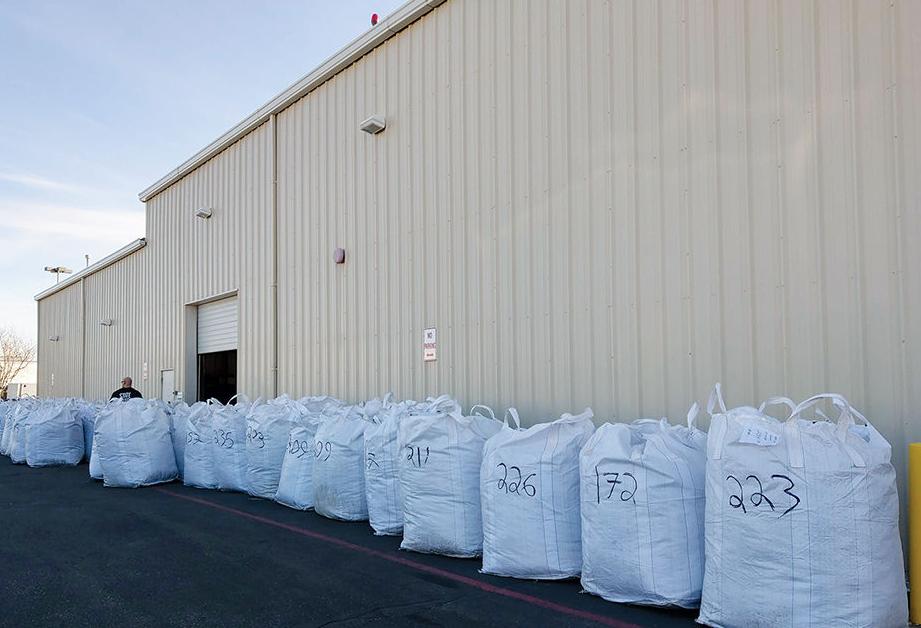 The bags that were seized are lined up outside a warehouse.

This photo shows the haul that was inside the semi-truck.

The bags that were seized are lined up outside a warehouse.

BOISE — An Oregon man was arrested on Thursday for a cargo haul that is possibly the largest pot seizure in Idaho.

Denis V. Palamarchuk, 36, of Portland was heading east on Interstate 84 with a semi-truck when he stopped at the East Boise Port of Entry, according to a news release from Idaho State Police.

While inspecting the cargo, a trooper saw that the cargo’s bill of lading declared the haul as a load as hemp.

“However, the trooper's training and experience made him suspicious that the cargo was in fact marijuana, not industrial hemp,” states the release.

The cargo consisted of 31 large bags, and further investigation revealed a “green, leafy substance,” that looked like marijuana. A Narcotic Identification Kit revealed a positive test for THC, the psychoactive substance in hemp’s cousin, marijuana.

An ISP drug-sniffing canine team also indicated the load was positive for THC.

Palamarchuk was booked into Ada County Jail for a felony charge of trafficking in marijuana.

Another sample of the load is being tested at a lab for conclusive anaylsis, according to the release.

"This is the largest Idaho State Police trafficking seizure of this type in any present-day trooper's memory," said Colonel Kedrick Wills, ISP director, in the release.

Again, OLCC has been warned that lax regulation of pot dispensaries will lead to a glut of legal pot that isn't being sold and 'consumers' moving back to the black market, leading to a federal crackdown and down of all state sales, something Trump seems to be leaning toward in the choice of a new AG.

The headline needs to be changed to What does pounds of HEMP look like. Obviously the ISP needs a lesson on that and some new test kits too.

Small note of interest, Industrial Hemp flower (CBD with no THC which is federally legal now) has the same terpene (smell) profile as marijuana so unless the dog training has been changed *very* recently a drug dog will detect hemp flowers (not seeds, stalks, etc) the same way as marijuana flowers. (A professional THC detection is however not usually mistaken on hemp vs THC, and a roadside kit is somewhere between the two ;) )

As always, the authorities have the right to search and inspect interstate cargoes, which they did, and this driver's manifest was clearly improper, the results being that a load illegal in the state of Idaho was detected and seized. A naughty man indeed! [batman]

Technically we don't know this yet S.D, depends on what the lab says. There was a recent post legalization news story about a drinking water source in Colorado that tested positive for THC at first blush but it turned out this wasn't accurate (the fact that THC largely isn't water soluble was the big hint in the pot community that this was going to be the case.) It would seem field test kits for drugs in general and pot in particular are false positive heavy. That being said, if the guy is carrying pot and not... smoking hemp? We have a strong (smelling!) contender for worst trafficker ever.

Edit: even if his manifest wasn't messed with and the tests show the flowers were hemp it doesn't matter as apparently HEMP is a controlled substance in Idaho though (at least) a few lawmakers are hoping to change that fact now that the farm bill has become law...

Well, there you have it, more proof that Idaho hasn't been part of Oregon since about 1859.

Forgot to add that for those wages you could actually afford to be fired for failing the drug test!